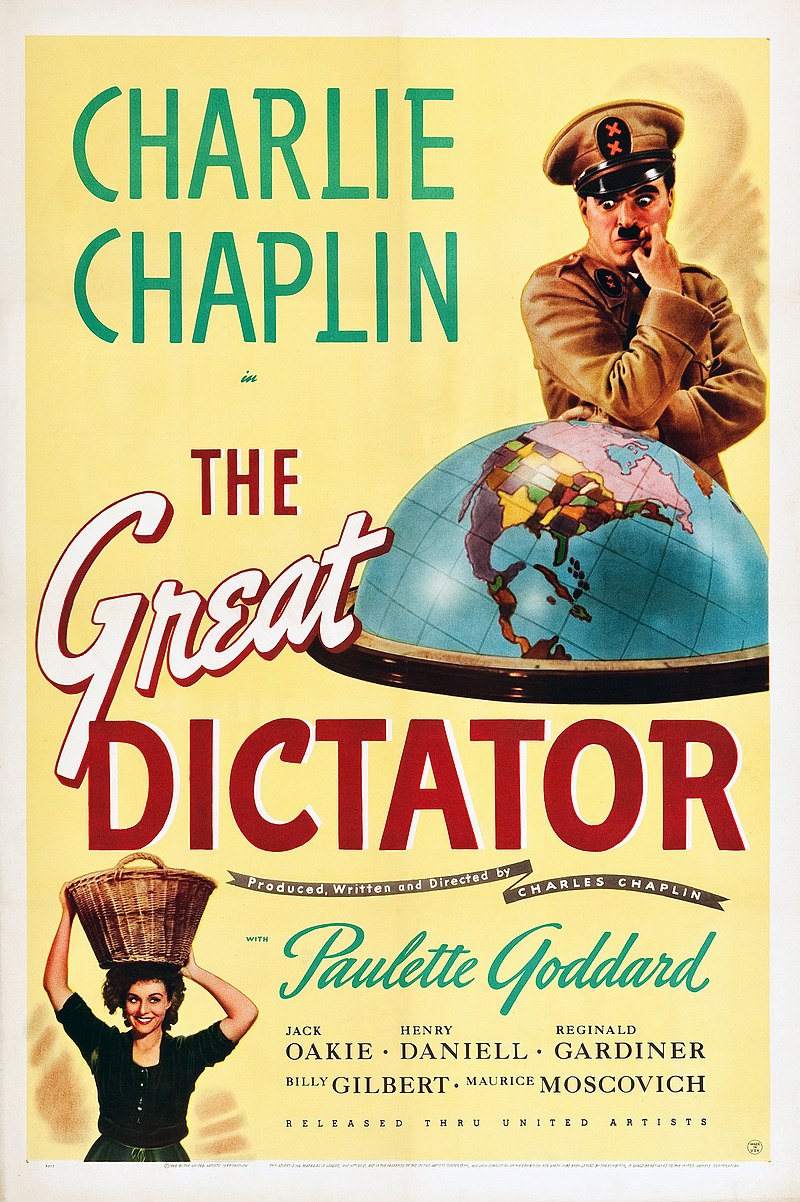 “Once again – the whole world laughs!”

Relevance: After watching Richard Attenborough’s 1992 ‘Chaplin’ starring Robert Downey, Jr., I became a little obsessed with Charlie Chaplin as an actor and human being. I was already aware of his character “The Tramp,” especially the iconic scenes of the dancing dinner rolls or the wobbling shack on a cliff, but I wanted to study him more. That was the first time I came across ‘The Great Dictator,’ a prime example how if you are open-minded and willing to learn, art can lead you to much greater art.

Billed as his first true “sound” film, I remember being in awe of how Chaplin was able to release a satirical film about Adolf Hitler and other dictators in the very early years of World War II. I quickly appreciated the film’s wit and heart and has since watched the film numerous times throughout the years.

Today’ s Thoughts: I loved revisiting this film for three simple reasons. One, it is simply a great film to watch, especially if you are a fan of satire. Chaplin’s use of humor, irony and exaggeration to expose the ridiculousness of contemporary politics is (sadly) even more topical today. Two, I can watch that “globe” scene over and over again. It is simple, elegant and ridiculous all at the same time and more importantly all at the right time. And lastly, that speech and plea for peace and good will at the end of the movie is one of the best moments in cinematic history! There are many great screenplays in the history of Hollywood, but I can only think of a handful that also include a great speech or monologue that brings the film together or leaves such a lasting effect in the minds of its viewers that it alone is its own masterpiece. This is one of those speeches.

Just reading these words written in 1940 stirs up many emotions: